The wing uses the hydrodynamic lift force created by the underwater current to move the kite. With onboard control system and rudders, the kite is autonomously steered in a pre-determined figure of eight, pushing the turbine through the water. By doing so, the turbine experiences a water flow several times higher than the actual stream speed.

The turbine diffuse power to the generator which outputs electricity via power cable in the tether. Seabed umbilical transfers the electricity to the onshore connection.

Testing period : From spring to summer 2022 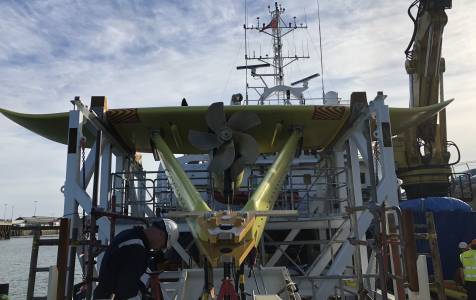 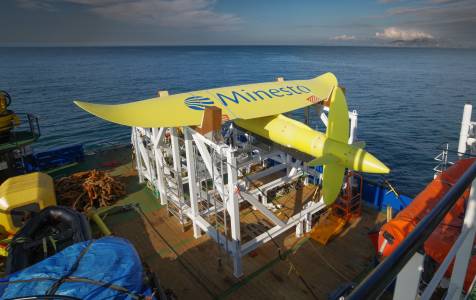 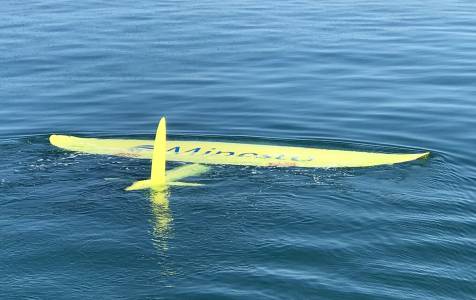 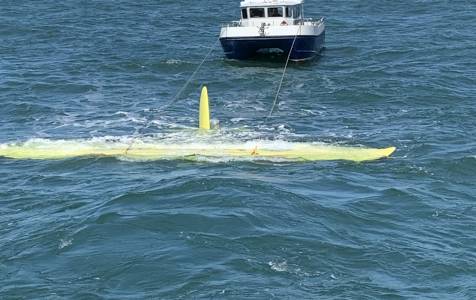 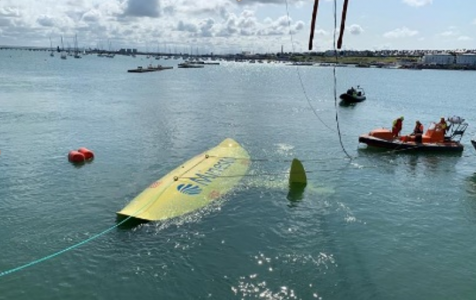 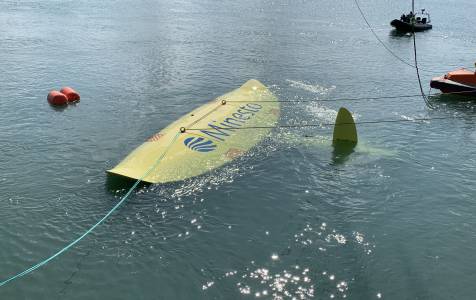 2019-2021: a new test campaign has been underway since April 2019 with the immersion at 35 m depth of the OceanQuest tidal turbine designed by the French start-up HydroQuest and built by CMN (Constructions Mécaniques de Normandie). This 1 MW demonstrator injected its first kWh into the grid in June 2019, for an end of tests scheduled for autumn 2021.

Featuring a unique two-vertical-axes technology, this cross-flow turbine is unaffected by tidal current direction, enabling the unit to be fixed to its foundation without any production loss. The all-metal structure improves resistance to water-related constraints while reducing the cost of maintenance and operations. 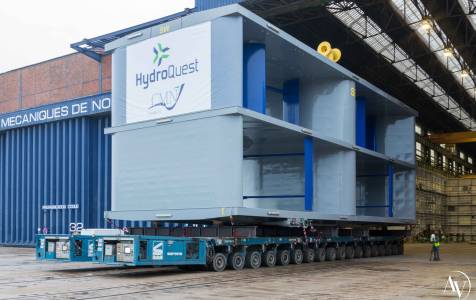 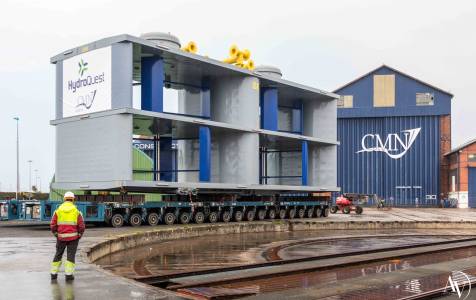 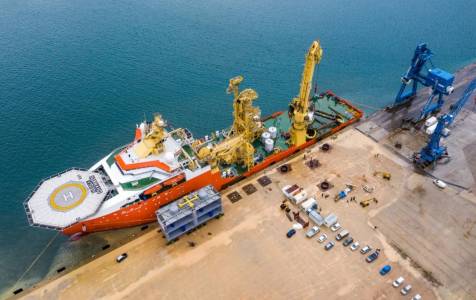 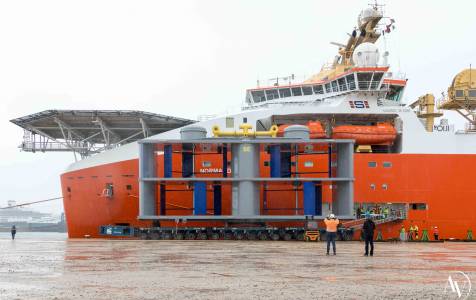 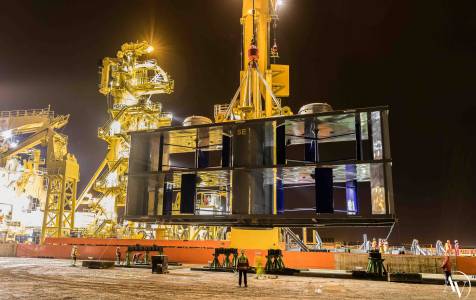 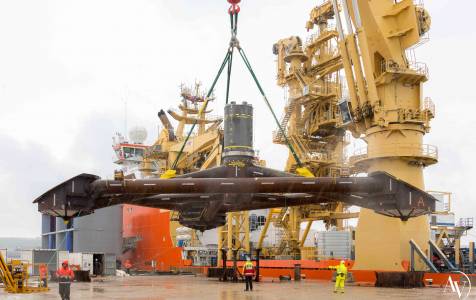 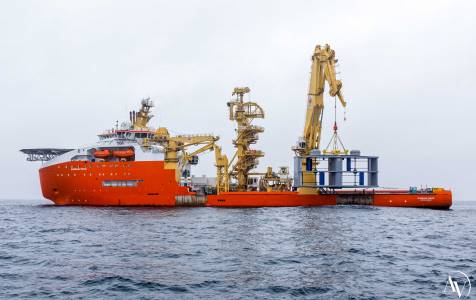 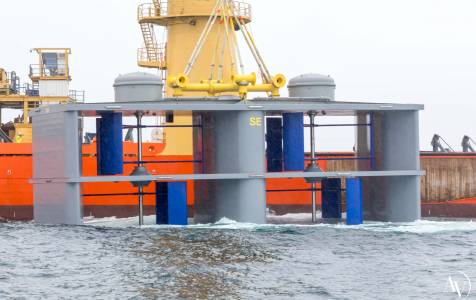 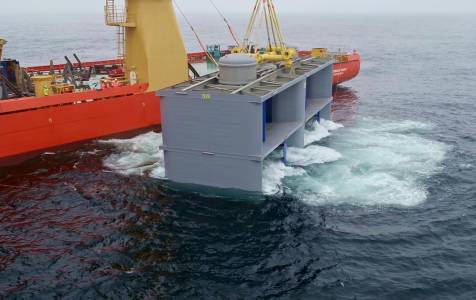 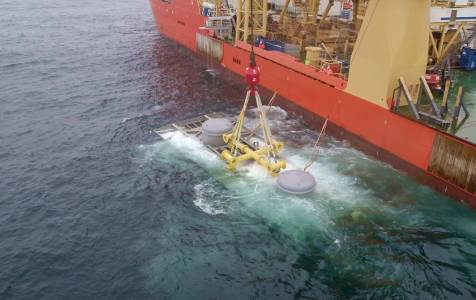 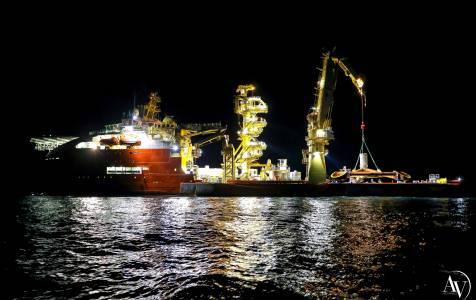 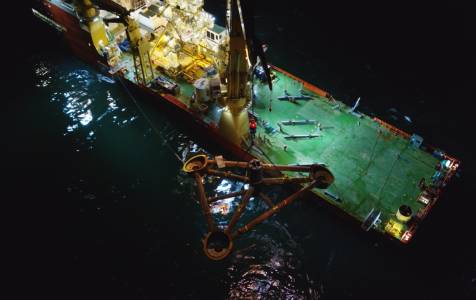 The Paimpol-Bréhat demonstration project consisted of an array of two OpenHydro tidal turbines, an offshore subsea substation containing an AC/DC converter module, a 15 km DC cable exporting power from the converter module to the shore (landfall in the “Anse de Launay”) and connected to an onshore transformer.

Each stage of the project has led to major results and lessons learnt: 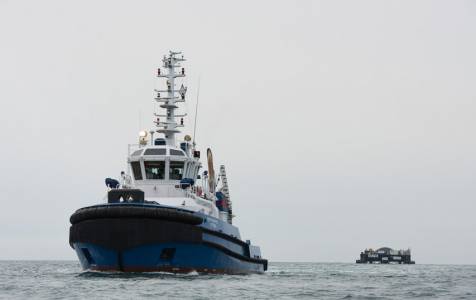 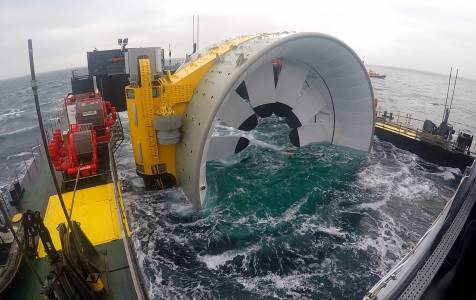 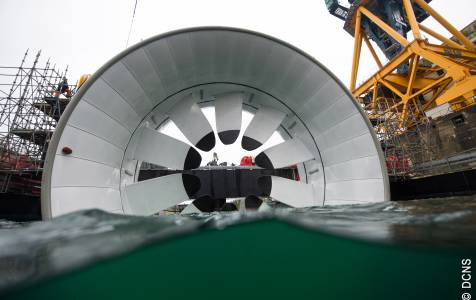 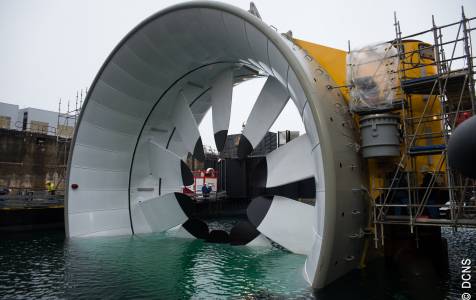 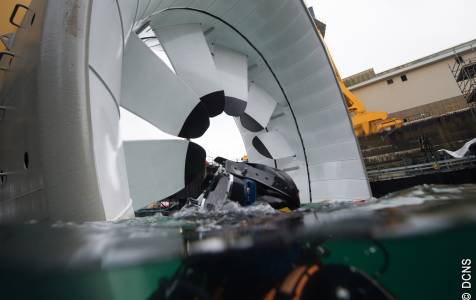 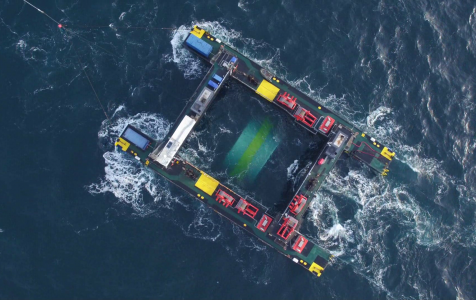